Tracy was born August 27th, 1957 in Cortez, CO. He passed away August 18th, 2020 at his home in Cahone. He was preceded in death by his father Buck, grandparents Leon and Maxine Felkins, and JB & Davey Twilley.

Tracy graduated from Dove Creek High School where he was an all-state short-stop and played on the state championship team in 1975. He then married and had 3 kids: Braidy, Nikki, and Katti. He worked at First National Bank for a short time, finding out that he preferred to work outdoors. He worked for Dolores County, farmed, and Colorado Department of Transportation which he retired from on disability.

Tracy and his brother, Scott, spent a lot of time in their younger years looking for arrowheads and hiking in the canyon behind their home. Tracy loved playing baseball, and later enjoyed following his kids and grandkids around at their own sporting events.

One fond memory about Tracy was in 1991 when he and his cousin, Mark Johnson, won first place in the Prairie Dog shoot in Nucla, CO. I think they shot 157 prairie dogs to win the competition. He was an avid gun and knife collector; he could tell you anything you needed to know. 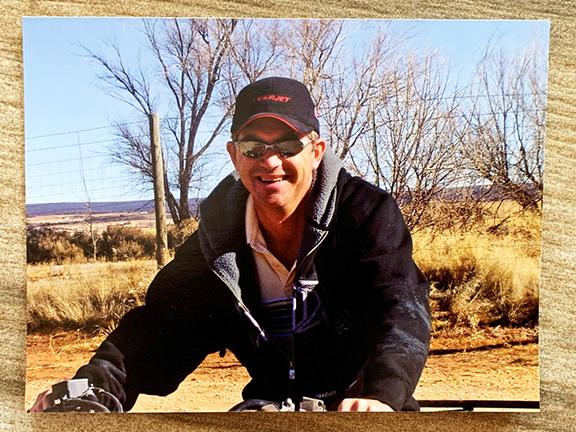 Tracy and his grandsons had good times visiting and talking about collecting knives. Of course, he also enjoyed giving them knives. He was so proud of the boys and enjoyed them so much, watching ball games and hunting with them. Tracy was so pleased when his oldest grandson, Kendall, got his driver’s permit. He knew that Kendall would take his Papa wherever he wanted to go, with no argument like he had with his mom, Shirley.

He will be missed.