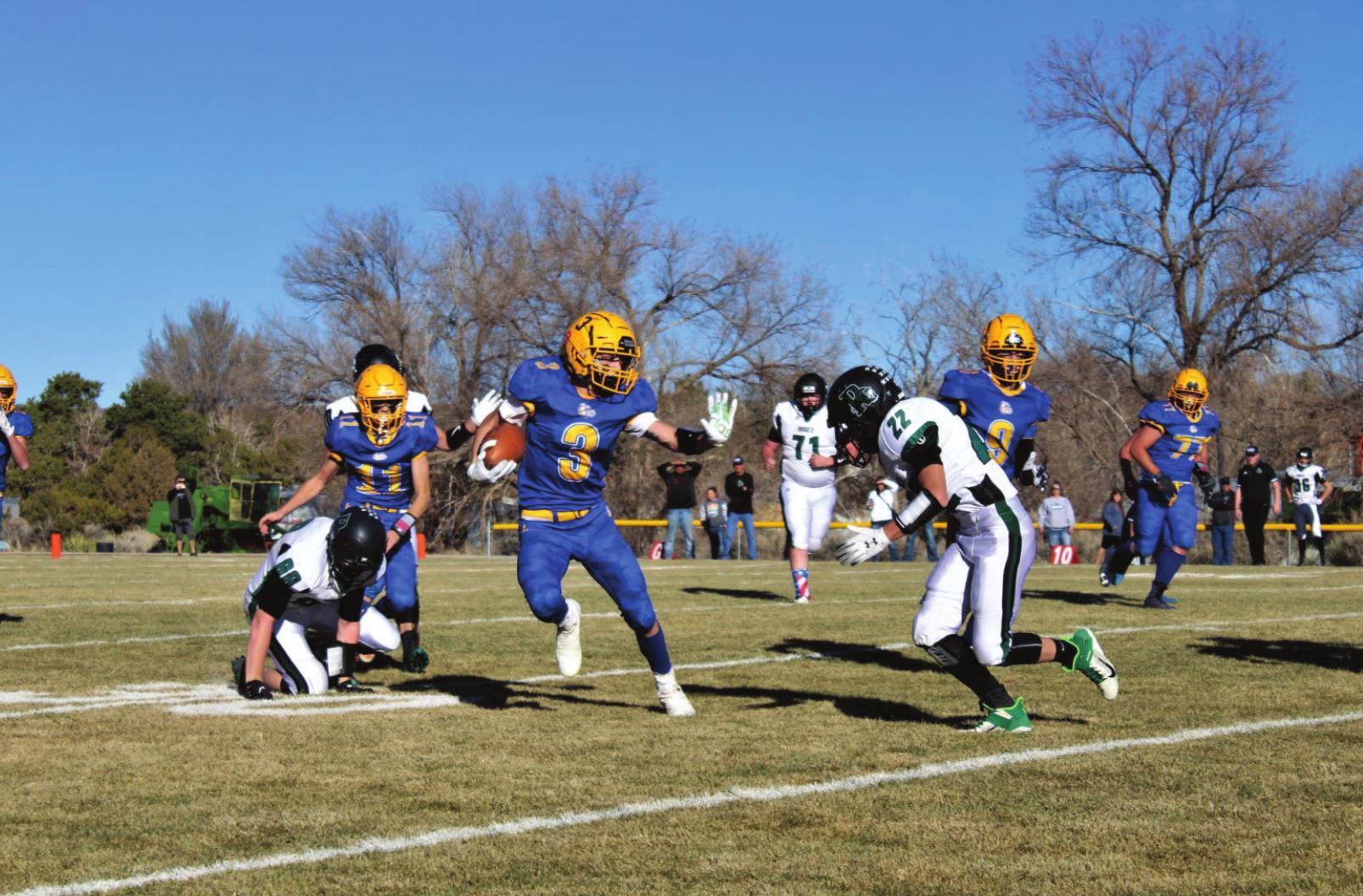 The Sanford Indians gave the Bulldogs a run for their money, accounting for the one loss this season.

The Bulldogs turned right around with a win over the Mancos Bluejays leading the Bulldogs to Playoffs against the Rangely Panthers on Saturday November 21st.

As the game started Gage Bailey(#8) made a 63 yard rushing touchdown along with a pass from #22 Chorbin Cressler to #3 Gauge Thompson for a 2pt conversion putting the score at 8-0. Rangley scored an 89 yard passing touchdown followed by an incomplete 2pt conversion, as the game proceeded they approached ending of 2nd quarter into half time with a score of 16-6 the score stayed steady up until 4th quarter where the Bulldogs made an astounding 14 points for a 18 point victory over Rangeley, leading them to the Semi-Finals. 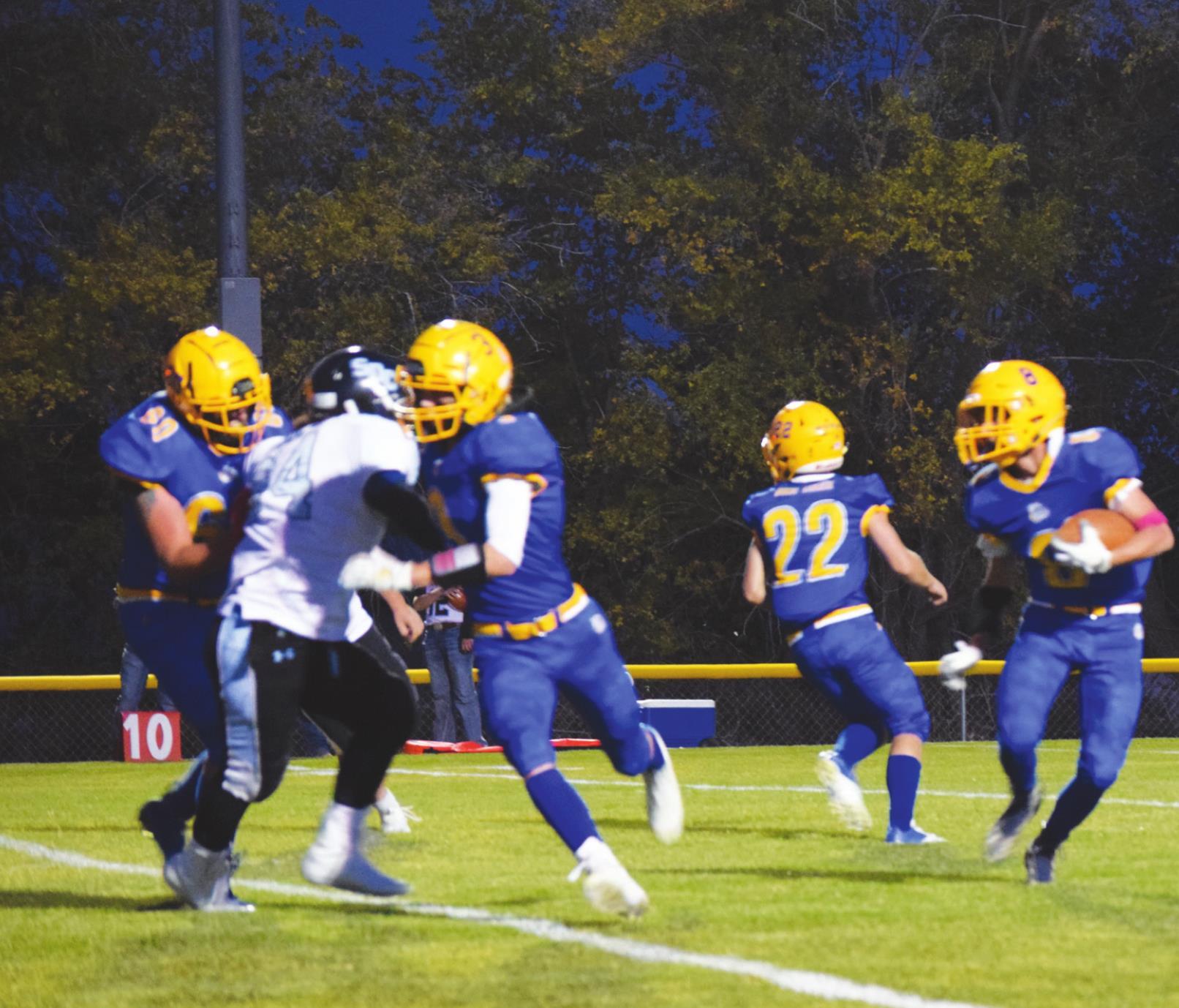 In their next game, the Bulldogs will compete with the Sedgwick County Cougars (Julesburg, CO) in a non-league match, on Saturday, November 28 at 1 p.m. Stream Live

Dove Creek will attempt to move on its 5-1 season record. The last time the Dove Creek Bulldogs have been to the state semi finals were in 1991 and 1992. 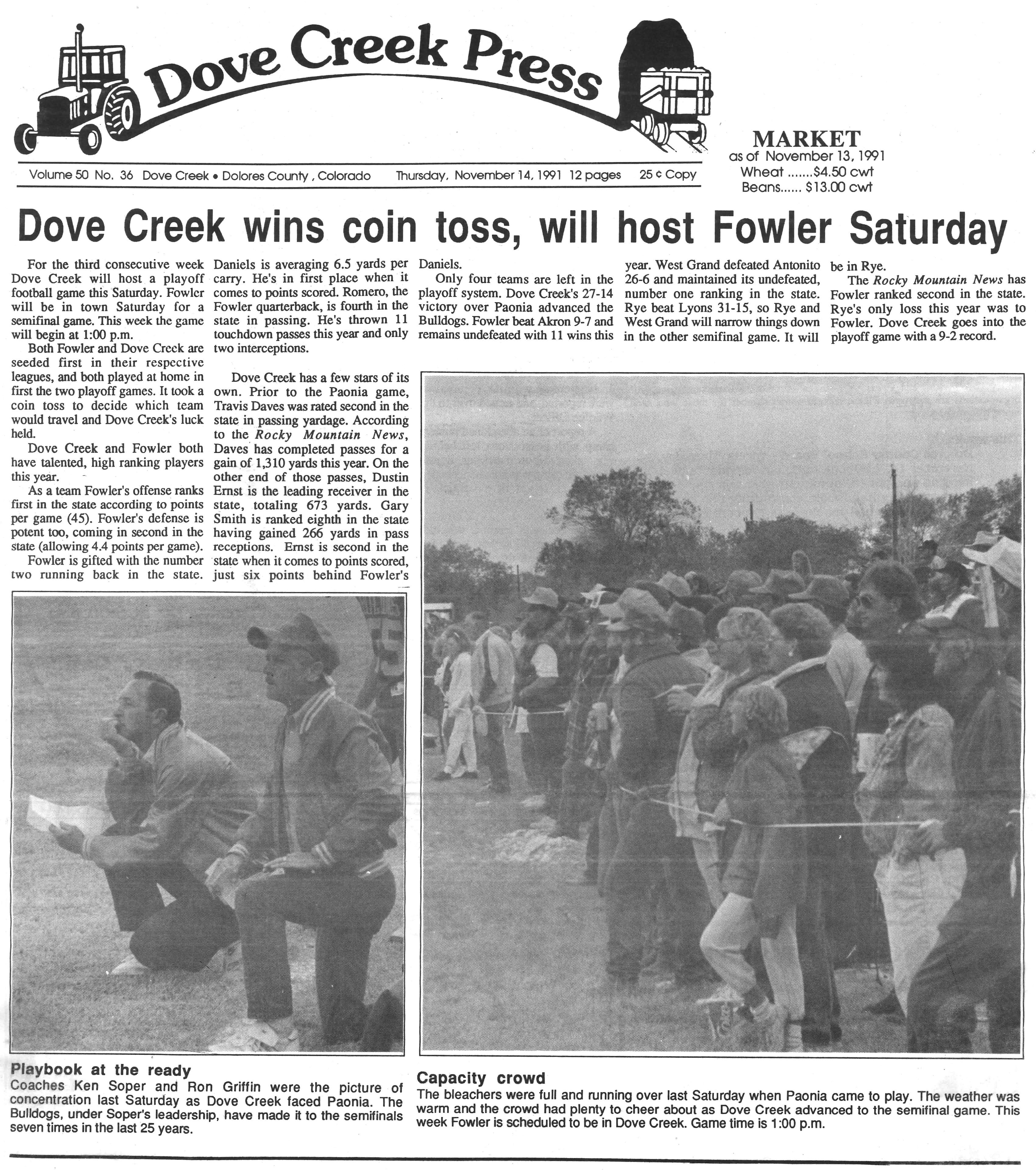 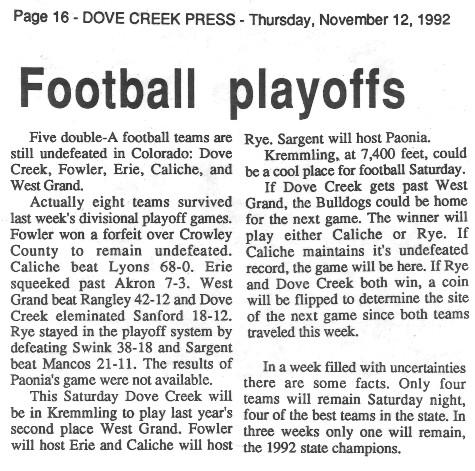