Snowfall On Track To Continue Through Tuesday

Mon, 02/18/2019 - 5:43pm
High Snow Amounts Elevate Avalanche Danger
Kathleen Keesling
hello@dovecreekpress.com
Dialing 511 from any phone gives you access to the most up to date travel information on Colorado highways.

The storm that has been hitting Southwest Colorado and Southeastern Utah is on track, according to a press release by the National Weather Service out of Grand Junction.

The storm is traveling on a north northeastern track bringing a steady wet snow, causing many of our area roadways to be slick.

Strong wind gusts from the southwest, steady snow, and overcast skies, contribute to a continuation of hazardous driving conditions.

These conditions are expected to continue through Tuesday, with the bulk of the additional snowfall occurring from now through tonight. Snow will be heavy at times, but should taper off Tuesday afternoon. 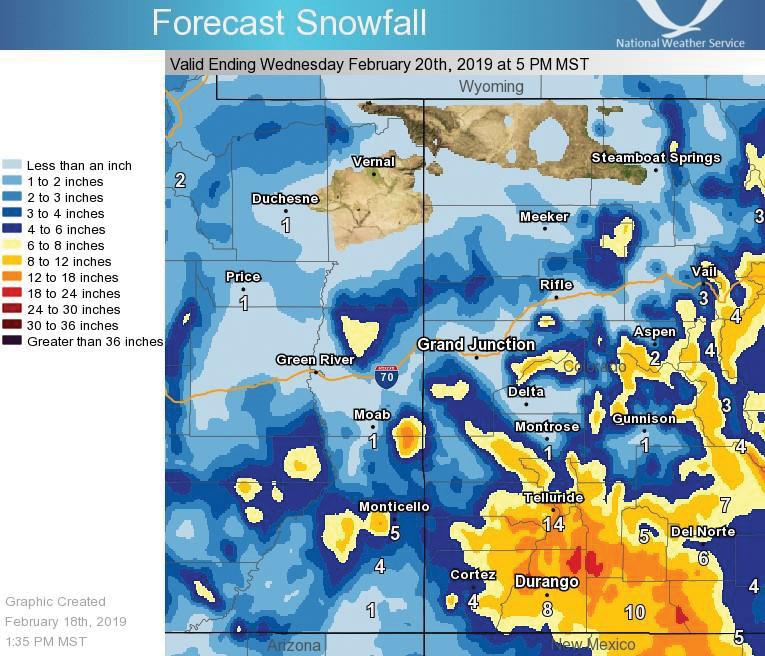 Multiple slide-offs and accidents have been reported throughout the day today, including a rollover accident on Highway 491, approximately 2 miles south of the town of Dove Creek that occurred shortly after 11 a.m. that closed a lane of traffic for a short time.

The semi carrying a load of onions rolled over and landed on its side on the west side of the highway. The driver required assistance getting out of the truck due to its position. With assistance from responding personnel, the driver was able to get out of the vehicle and was reported to have no injuries.

Shortly after this accident a UPS truck had a difficult time gaining traction heading north out of town. A lane was closed for a short time to allow for Colorado Department of Transportation to assist.

Once this storm passes, it is expected to have given the San Juan Mountains 10-24 inches of new snow, with 3-6 inches of new snow in the Southwestern Valleys. Many areas in these valleys report already having well over the 6 inches predicted. 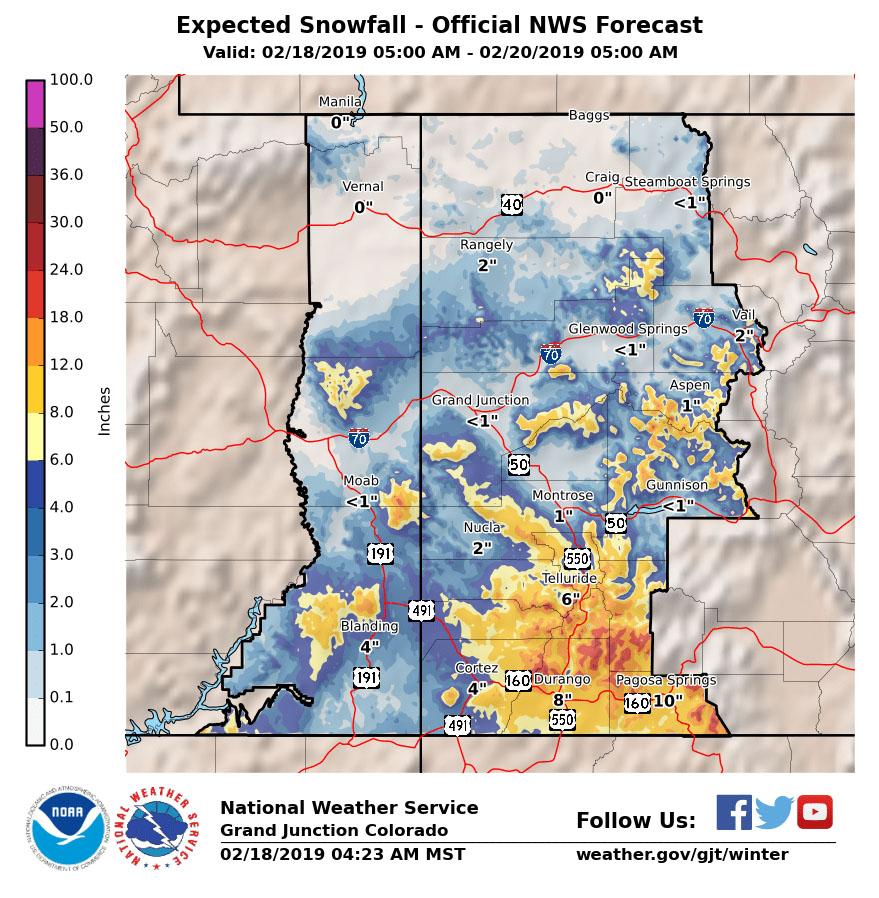 Highways across the region are reported as slick, with lower than usual visibility, and blowing snow.  While some areas are only wet, it is wise to expect the unexpected on the roadways as conditions have been changing with little warning.

Dialing 511 from any phone gives you access to the most up to date travel information on Colorado highways. 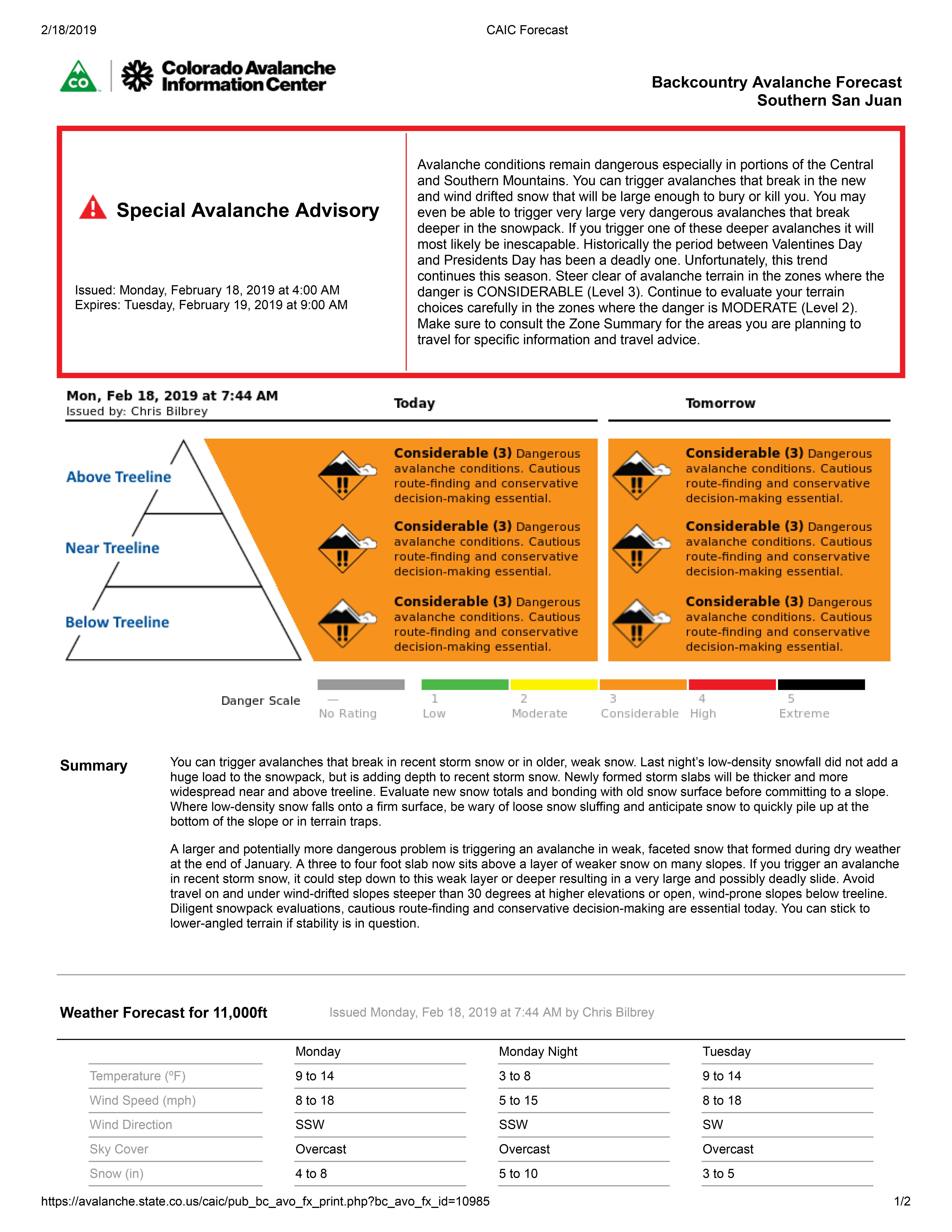